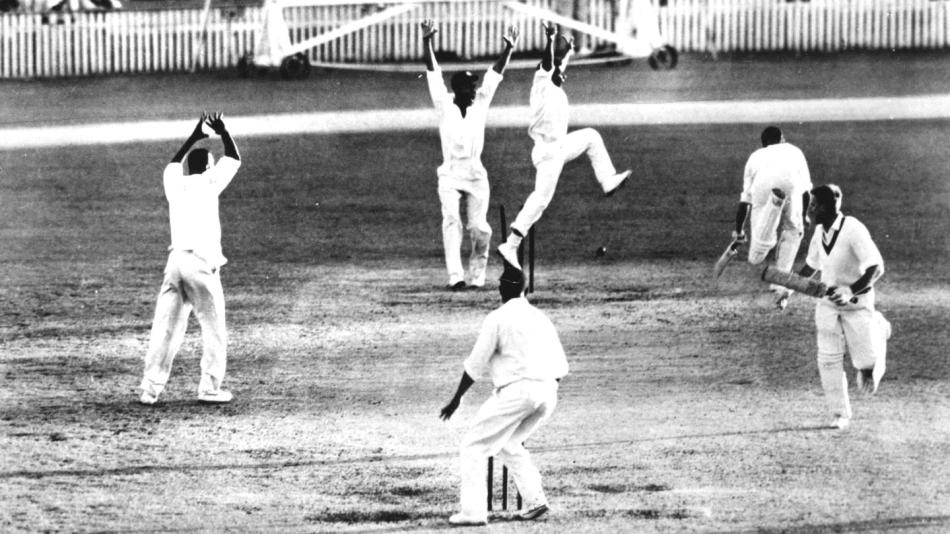 In part two of our series exploring what cricket means to us, Dylan Nichols meets Trevor*, and learns how cricket has been a valued oasis and connection point for someone who has needed it more than most.

*Not his real name – pseudonym used to protect his identity.

Shuffling along the quiet paths of his retirement hospice, Trevor* comes across as an unassuming type, but underneath the flannels and steady gaze is a lifelong passion for cricket.

“I always had two items that didn’t change at the bottom of my Resume,” he proudly told me: “Collingwood Football Club fan and supporter of the Australian Cricket Team.”

One of eight children raised in the very working class northern suburbs of Melbourne, cricket has been a cornerstone of family and social life throughout his life, providing a buoy of support in a life that has contained some epic waves.

Trevor has battled with depression and other mental health issues his entire life, but they have only been properly diagnosed and treated in the last twenty years. To say this has made for a hard life would be an understatement.

The consistency of cricket in Trevor’s life, and the knowledge of how to engage with people via it, has been undeniably helpful.

Trevor now lives in a hospice that provides housing to those who are homeless, or at risk of homelessness. His room is simple, with a bed, a desk, a chair and dozens of cricket books stacked against the walls.

Despite struggling to articulate many moments of his personal life, his ability to recount his experience of cricket is as encyclopaedic as it is colourful.

“School holidays were often spent going to Shield games with groups of families,” he told me. “The Boxing Day game used to be a traditional match between Victoria and New South Wales – our father and his mates would gather up all the kids and we would go down and have a day out.”

When an Ashes series was on in England, the family would all sit together in the living room, listening to the radio, dissecting the rhythm and flow of the game through the crackled commentary. Trevor used to ask his dad what the crackling noise was: “It’s the sharks chewing on the cables” was the constant reply.

Trevor recounts cricket being a lot more social in those days. The Harvey brothers – Merv, Neil, Mick and Ray, who all played first class cricket, while Neil and Merv also played for Australia – were local heroes; but they would still drop into net training in Preston from time-to-time, “for just a bit of a hit”.

“I was never a good cricketer,” Trevor told me. “I got into it for fun.”

In high school he had the experience of playing against Dallas Patterson, who went on to play VFL for the then Footscray Bulldogs. Patterson was such a good fast bowler that the Umpire gave Trevor out LBW, just to keep him safe.

His high school team didn’t always struggle though, even winning a premiership in the early 1960s, which was not only a happy memory but also turned their Headmaster (the teams coach) from a “Bastard” to a “Good bloke”.

He fondly recounted some of his favourite series for me with incredible detail, including the 1958/59 English Ashes Tour.

“Meckiff and Davison bowled out the English side for just 87 in the second innings,” he recalled to me with a smile. “It was Benaud’s first series as Captain and he really injected energy into that team.”

Still, his memories of Benaud aren’t all positive: “I still feel Len Maddocks [Victorian wicketkeeper who passed away in 2016] was a bit stiff for not playing more than 7 Tests” he told me. You have to wonder if the sentiment has been held as strongly by anyone else since Maddocks’s last Test in 1956.

Trevor’s favourite cricket memory is the Tied Test of 1960, which he recalls – like JFK’s assassination – as one of those moments where time stood still. He is able to talk through the last few overs clearly, as well as the excitement that match generated and how it brought people back to the game.

A summer without cricket for Trevor is an almost unrecognisable proposition, providing as it does for him a means of entertainment and a safe medium for engaging with others.

I ask him about the players’ strike and he tells me he backed the players over administrators: “Anyone can run and kick a ball, or push a pen, but to bat for hours? That’s skill and application.”

For someone with limited mobility, living in a retirement hospice, the days of summer can be hot and long, creating stress and anxiety. The comfort provided by cricket to Trevor, in any of its forms, is obvious.

Aside from watching, Trevor is still engaged in the game as a scorer for a local club, though does get scolded occasionally when he walks off for a ‘smoko’ during an innings.

He has also taken to following the BBL and WBBL, where he marvels at the game’s ability to embrace wider parts of the community, while growing all the time.

Although he doesn’t get to games much anymore, he enjoys how accessible the game is nowadays; you can even follow a game in India without the interruption of the sharks biting the cables.